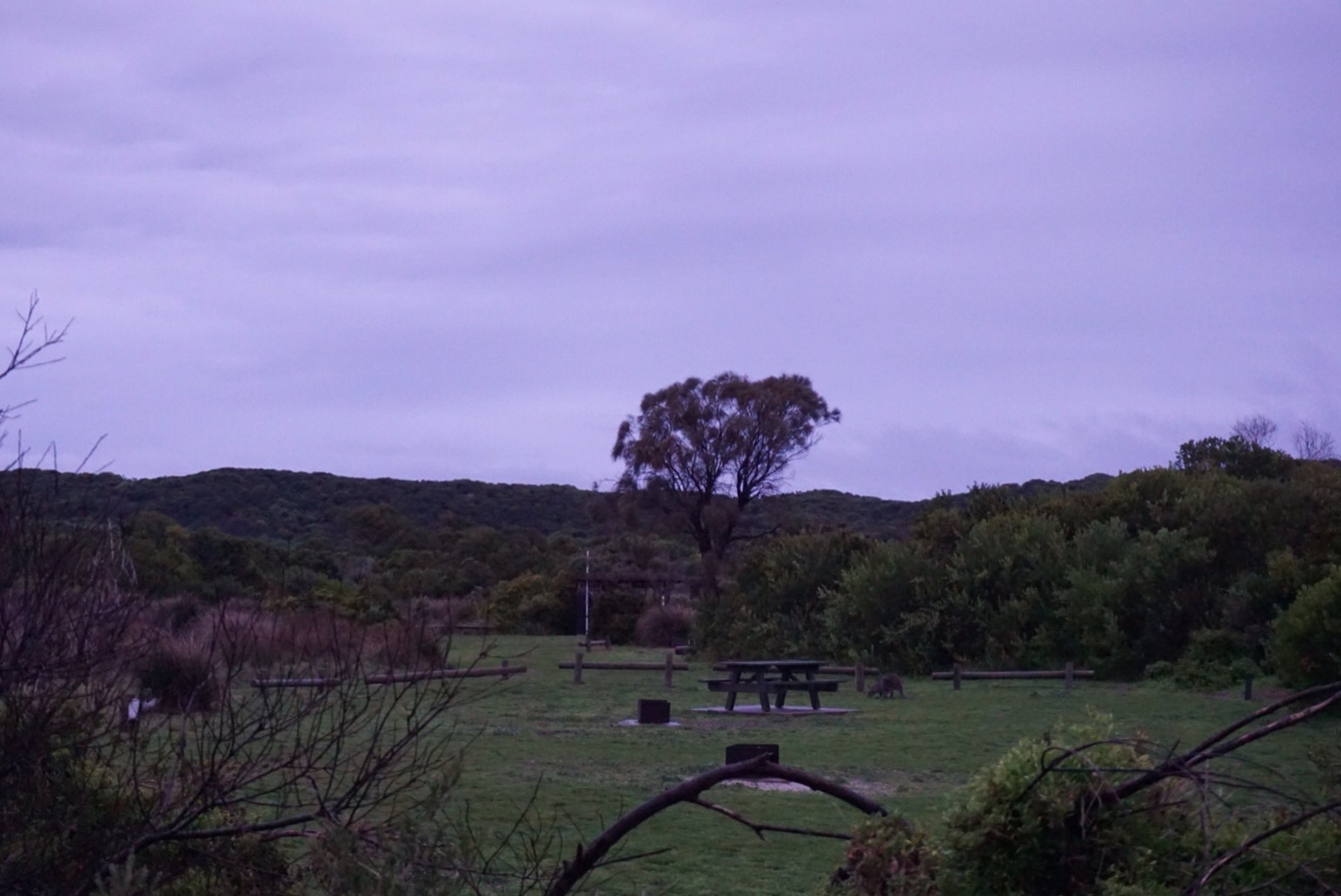 I think this is a Dagger hakea

The amazing variety of vegetation around the lake 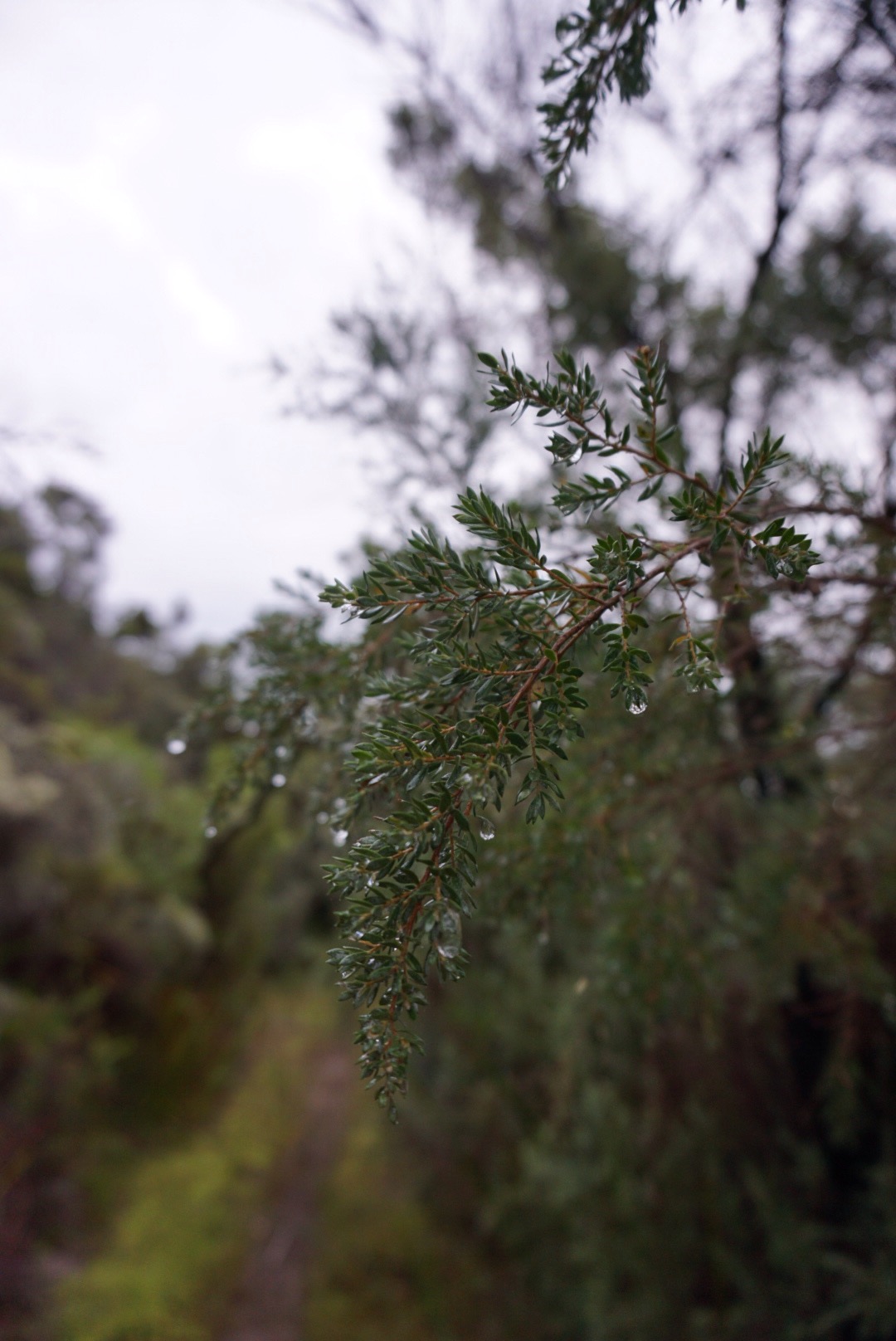 Walking after a night of heavy rain has its charms 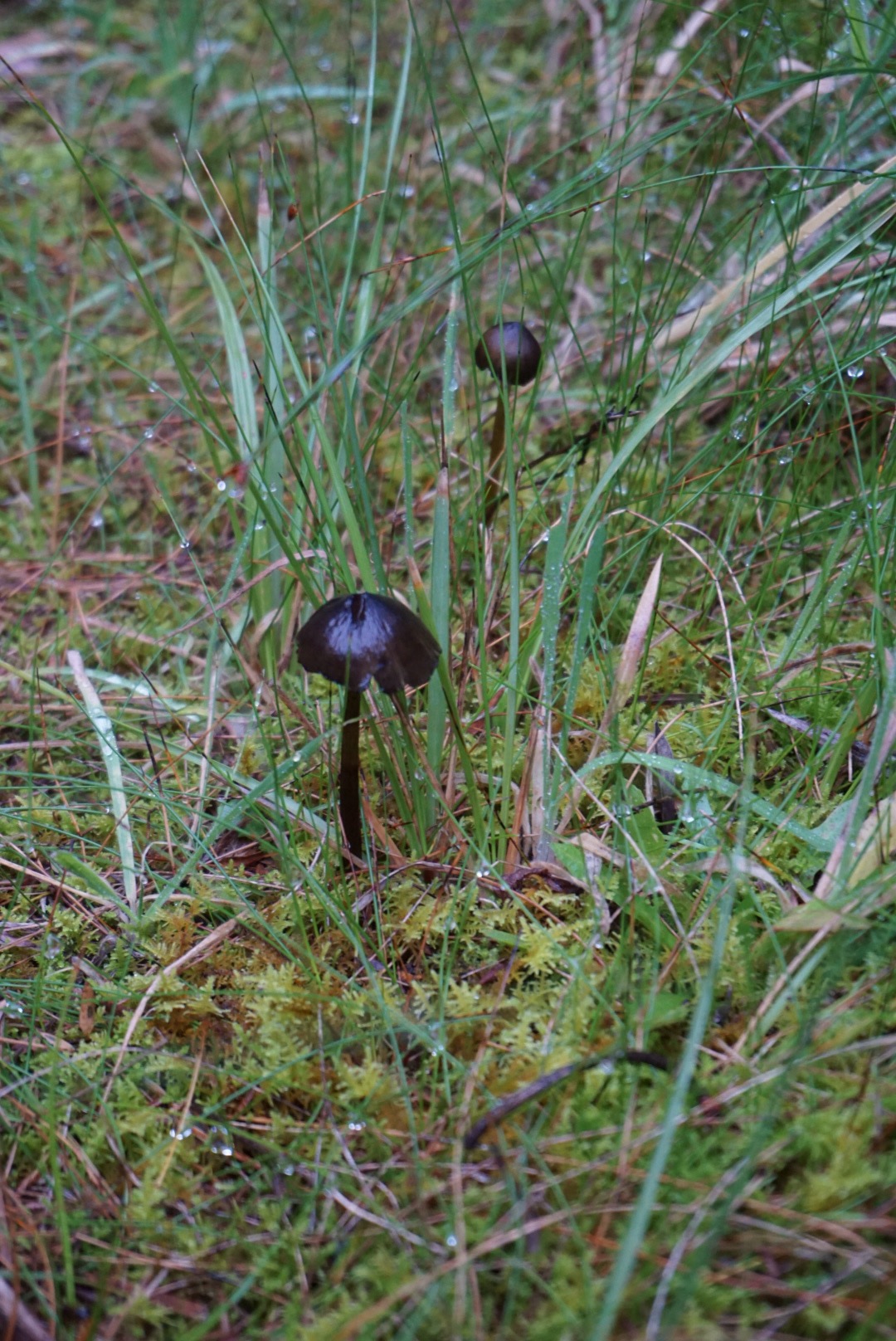 There were so many different fungi on this track

The path curving away from the north west of the lake 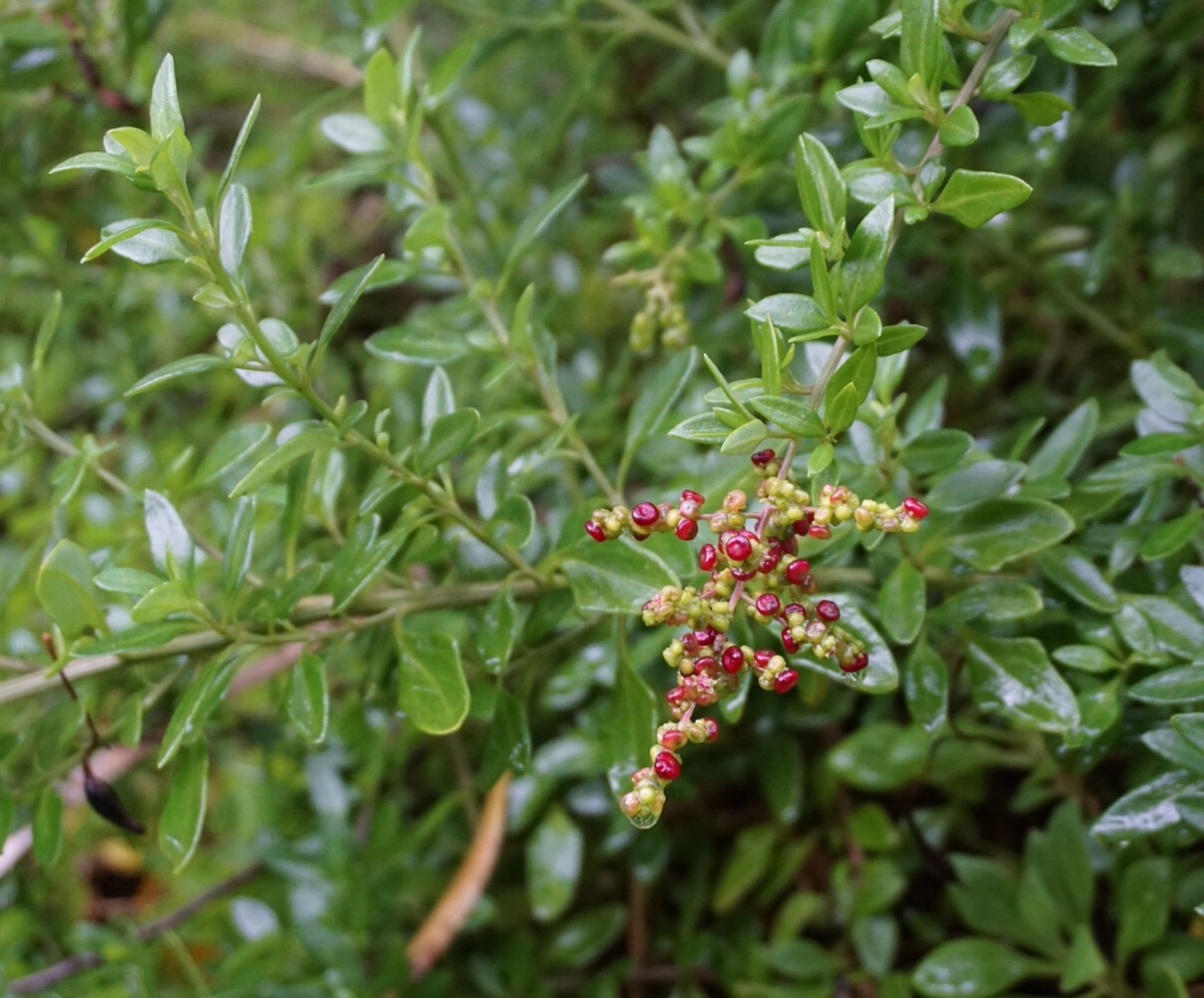 Is this Chenopodium candoleanum? (Seaberry saltbush) 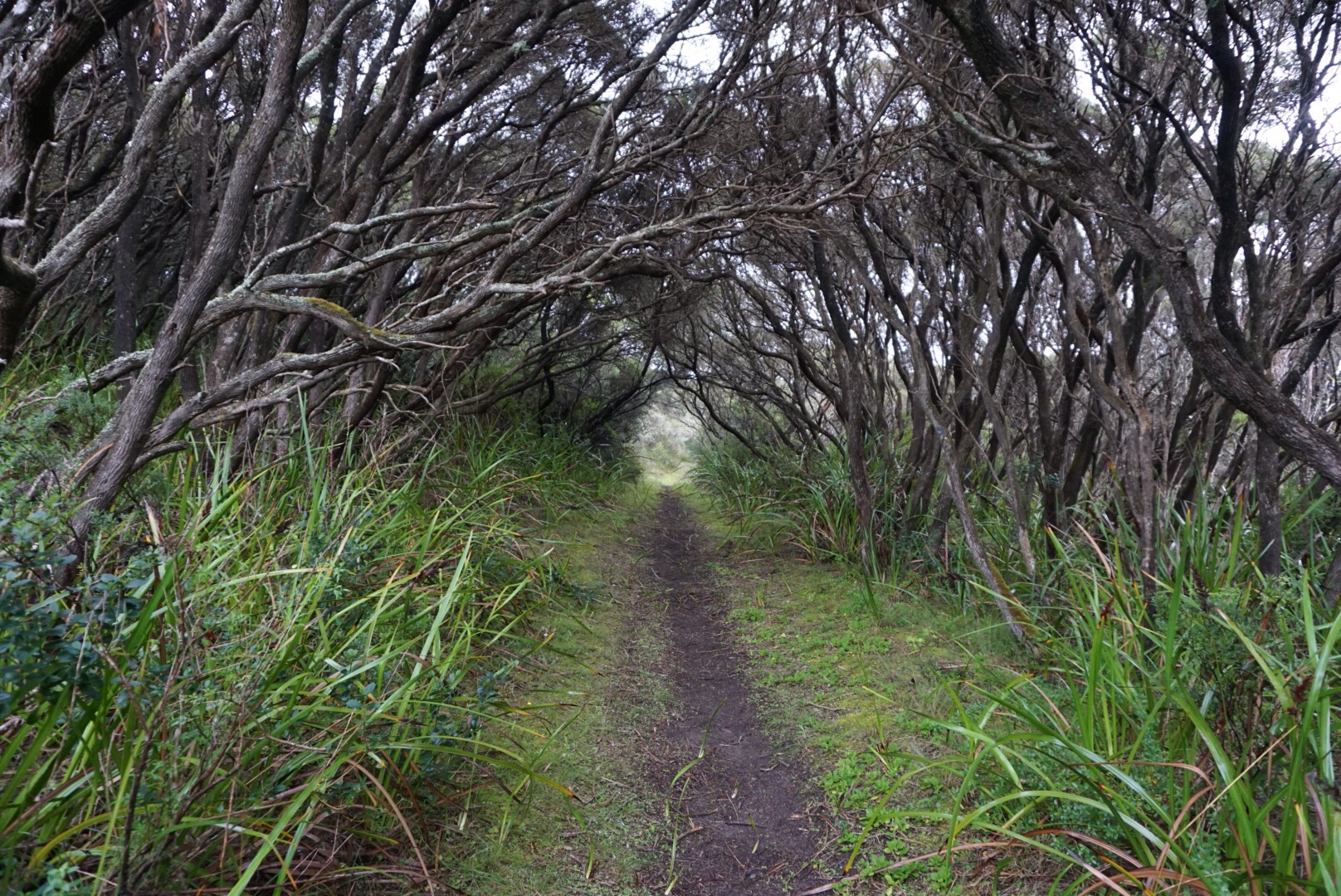 Closer to the dunes, the vegetation changed again 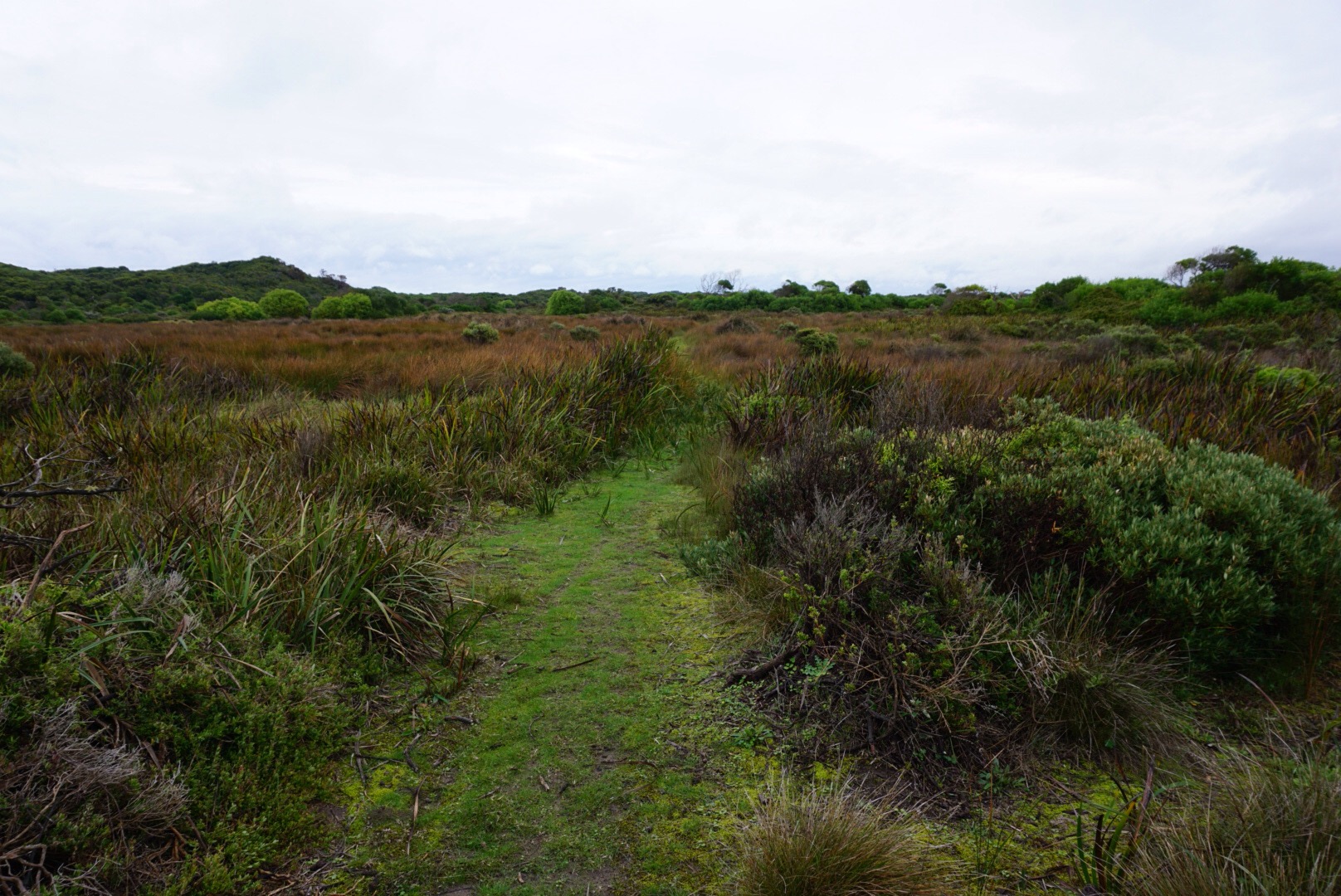 The open swampy grasslands seemed to be home for a few mobs of kangaroos.

Up over the dunes to the beach. Then one hour straight beach walk back to camp. 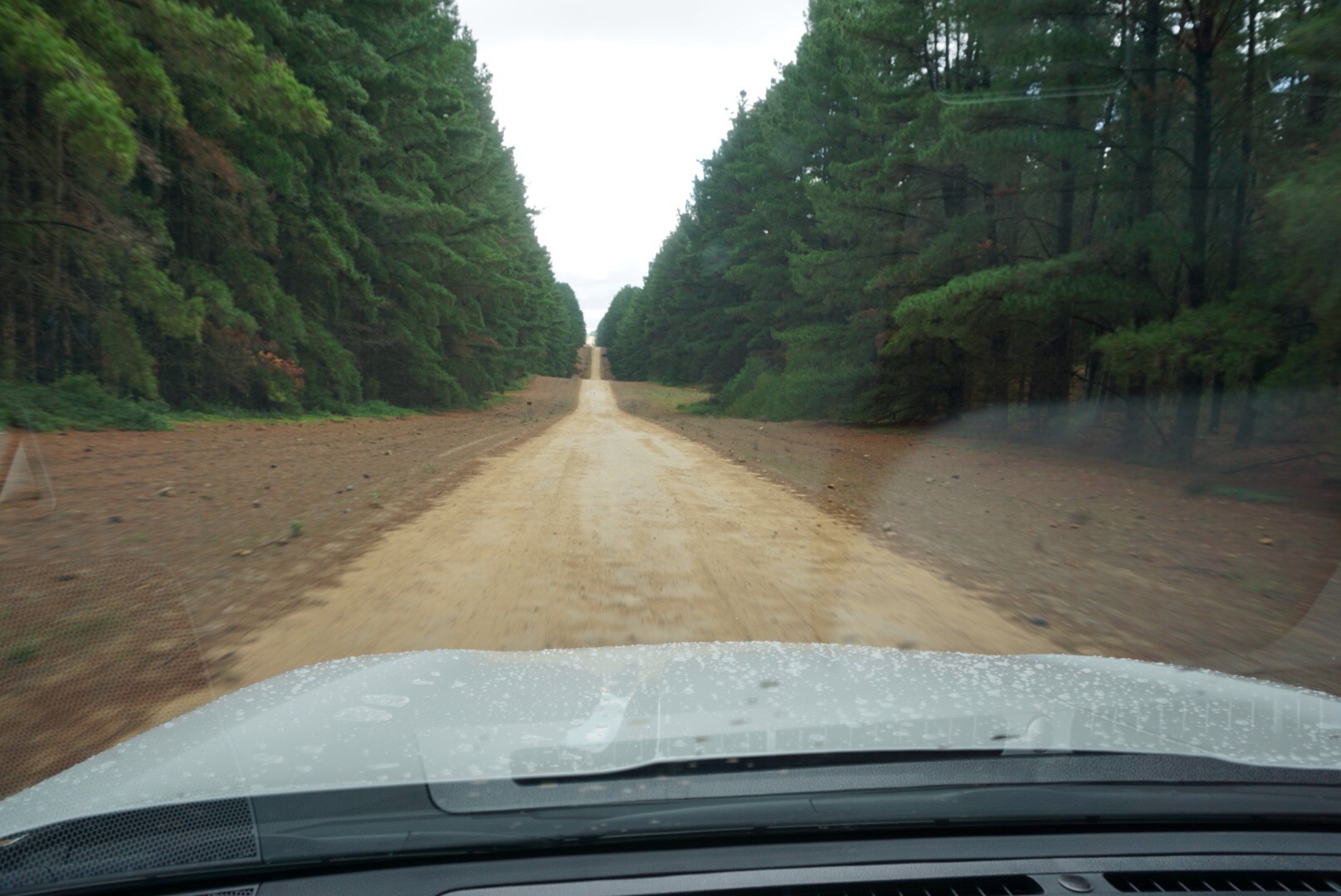 The road out through the plantation

When we went: Tuesday May 19

How we got there: we drove up from Melbourne the day before, via Tower Hill, and camped overnight. It’s about five hours driving direct from Melbourne. You can read about our adventures on the way, here.

Activity summary: around three hours of fairly easy walking, taking in a coastal lake, duneside vegetation and along a beach.

We left around 7:40, heading to the lake along the track from the camp site. it had rained all night the night before, so everything was wet, it was beautiful. The vegetation along the lakeside was amazing. The trees all draped with lichen, large leavy grasses growing across the paths, every verge lined with moss, fungi everywhere. The track was clear, and well marked, but encroached upon in lots of spots, and we had to crawl over quite a few fallen trees.

As we moved away from the lake, along the ridgelines and towards the open marshes, the vegetation changed again and again from coastal scrubby forest to marshy tussoks and back again.

We spooked a pair of brush bronzewings a couple of times, a whirring of russet brown wings and they were gone. The open tussocky areas were home to a few mobs of kangaroos that weren’t too happy about us getting to close. Then we were out onto the beach.

The walk along the beach was okay. I don’t really enjoy beach walking much, but it was worth it for the hooded plover families in the tideline, and the oystercatchers. There were two separate small groups of people along the beach ‘collecting’ shellfish from the waves. The signs on the beach entry reminded visitors that the limit is on small bucket of shells per person… but both of these groups had collected commercial quantities, and both looked very shifty. Hmm.

Happily, we beat the rising tide back to our turn in point back over the dunes and to the campsite.

We packed up the tent and headed back out along the dirt road rollercoaster through the plantations, more emus and kangaroos fleeing into the trees as we carefully drove past.